Statement at the Conclusion of the Eighth Session

of the Small Body of the Syrian Constitutional Committee

Today, the Eighth Session of the Syrian-led, Syrian-owned Constitutional Committee concluded in Geneva.

The following titles of proposed constitutional principles were discussed:

-The supremacy of the constitution and the hierarchy of international agreements

One day was spent discussing draft constitutional texts of each principle presented by a delegation. On the fifth day, delegations submitted revisions to the texts in light of the week’s discussions. These revisions were discussed. On some, the differences remained significant. On others, there were areas of potential common ground. The Special Envoy appreciated the tone and substantive nature of the dialogue in the room.

At the same time, the Special Envoy has identified the slow pace of work and the continuing inability to identify and conclude concrete areas of provisional agreement as areas where there is much room for improvement. He has agreed with the Co-Chairs on the importance of working out ways to expedite the work and produce results and continued progress, and has shared ideas for their consideration in this regard. He reiterates his appeal to all members to work with a sense of compromise and to work towards constitutional texts that would likely attract broad support among Syrians.

The Co-Chairs have agreed that the Ninth Session shall be held in Geneva from 25 July to 29 July 2022.

The Syrian Women’s Advisory Board also convened in Switzerland this week, and the Special Envoy engaged constructively with them and appreciated their insights and advice.

Pedersen: The Constitutional Committee could be a door-opener and help advance a key component of resolution 2254 and contribute to a wider political process. 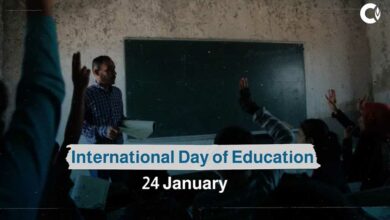