The “Joint Syria Contact Group”, which includes 13 Arab, USA and European countries alongside the Arab League and the EU, called for the resumption of the meetings of the Syrian Constitutional Committee (CC) of which The Syrian regime refused to attend its ninth session. They affirmed its continued support for the work of the UN Special Envoy for Syria, Mr. Geir A. Pedersen and his ongoing efforts to advance the UN-led political process in line with UN Security Council Resolution 2254.

A meeting of the group was held in Geneva, Switzerland, on August 30 and 31, 2022. The meeting discussed the Syrian issue, the latest developments, and ways to activate the political process. Representatives from the United States of America, France, the United Kingdom, Germany, Greece, Norway, Turkey, The Kingdom of Saudi Arabia, Egypt, Qatar, Iraq, Jordan attended this meeting, as well as representatives of the European Union and the Arab League. The Syrian Negotiation Committee (SNC) was also invited to attend a special session with the Contact Group on the second day of the meetings. SNC was represented by its president, Dr. Bader Jamous, and the Co-Chair of the Constitutional Committee on behalf of the Negotiation Committee, Mr. Hadi Al-Bahra.

In a joint press release issued on August 31, 2022 the contact group called on “all parties, in particular the government-nominated bloc, to resume meetings of the Syrian-led and Syrian-owned Constitutional Committee under UN auspices in Geneva and to advance an inclusive political solution that will protect the territorial integrity, unity, and sovereignty of Syria and the rights and dignity of all Syrians”.

In addition to their continued support for the work of the Syrian Constitutional Committee, the participants Re-affirmed “reaching a political solution to the Syrian crisis consistent with UN Security Council resolution 2254, including continued support for implementing and sustaining an immediate nation-wide ceasefire, the Constitutional Committee, free and fair elections, the end of arbitrary detention, and the release of all those unjustly held”.

They also stressed the “need to create secure conditions for the safe, dignified, and voluntary return of refugees and internally displaced persons, consistent with UNHCR standards; and support the provision of sufficient and sustainable aid to the displaced and their host countries and communities until such conditions are in place”, noted with concern “the continuing threat posed by Daesh and reiterated our commitment to the mission of the Global Coalition Against Daesh, and to the fight against terrorism in all its forms and manifestations”.

They reiterate that “there is no military solution to the Syrian crisis and reaffirmed our continued support of UN Special Envoy Geir Pedersen and his tireless efforts to advance a UN-facilitated political process consistent with UNSC resolution 2254”.

Finally, the participants stressed the importance of continuing to provide “life-saving and early recovery humanitarian assistance across Syria through all modalities, including expansion and extension of the UNSC resolution 2642 cross-border aid mechanism, for which there is no alternative that can match its scope and scale”, and agreed on the need to “continue to press for accountability for all atrocities and international crimes perpetrated in Syria, including the use of chemical weapons, as well as to press for a full accounting of the missing”.

(*) A copy of the statement in English is attached below.

Pedersen: In Astana, I appealed to the guarantors to support my call for the Constitutional Committee to meet in Geneva in January

Pedersen: The Russian Federation raised issues over the venue of the Constitutional Committee meetings. These issues were comprehensively addressed

Pedersen: I am concerned that the Constitutional Committee has not met for six months 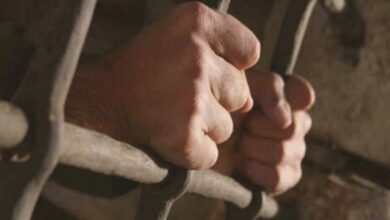